Berlin has over 700 years of a turbulent history. And within it exhilarating personalities who have marked and even changed – in their own means – the course of the world. Artists, philosophers, activists, politicians, scientists: striking characters that brought fantasy to our reality; bright minds that have changed the way we think; revolutionary spirits who have conquered rights we now enjoy. The Amstel House has made a list of the 10 famous people buried in Berlin. 10 graves of herous to be found in walks around some of city’s beautiful cemeteries. 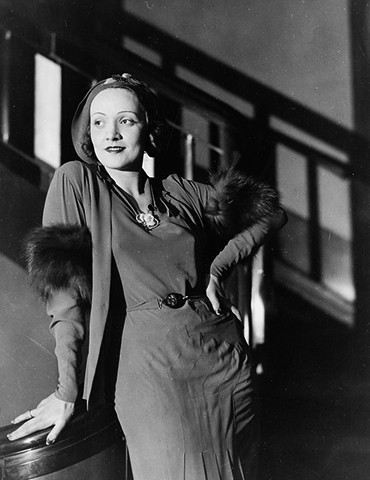 One of the greatest artists of the 20th century Marlene Dietrich became internationally known after her role as Lola-Lola in the movie The Blue Angel. With her beauty, glamor and talent Dietrich charmed the world with one of the most successful careers of the history of Hollywood. She was honored a few times for her talent, as well as for her humanitarian actions during World War II. As she sang in the iconic song: “Das ist Berlin, Berlin, die ewig junge Stadt / Das ist Berlin, Berlin, die meine Liebe hat” (This is Berlin, Berlin, the eternally young city / This is Berlin, Berlin, which has my love). Despite having lived her last years in Paris, where she died in 1992, the star was buried in Berlin – as she wished – close to her family. The Marlene-Dietrich-Platz in Berlin – main square of the Berlin International Film Festival – was named in her honor. 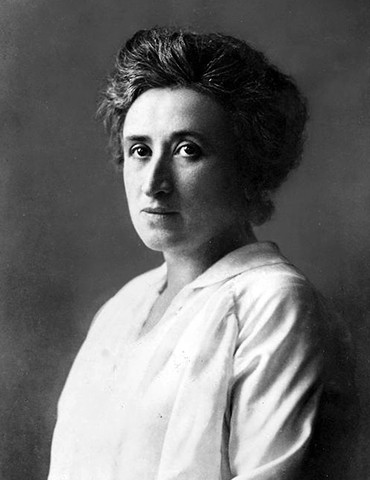 A prominent Marxist economic theorist Rosa Luxemburg was an advocate of the mass action and workers democracy. The Accumulation of Capital is considered her most important contribution to the social sciences. Together with Karl Liebknecht she co-founded the anti-war Spartacus League during the WWI. In 1918 she joined the German Revolution, being arrested and executed in the following year. Her body was thrown in the Landwehr Canal in Berlin. A memorial board was placed there on her honor. The last words of Luxemburg, written on the day of her assassination, were: ” ´Order prevails in Berlin!´ You foolish lackeys! Your ´order´ is built on sand. Tomorrow the revolution will ´rise up again, clashing its weapons,´ and to your horror it will proclaim with trumpets blazing: I was, I am, I shall be!” The U-Bahn Station Rose-Luxemburg in Mitte was named in tribute to her. 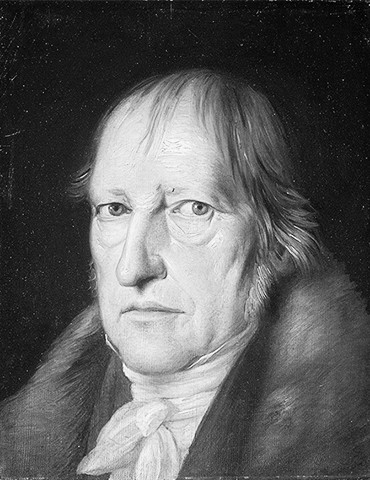 One of the most important and influential names of the Western philosophy, Hegel is a central figures of the German Idealism, a speculative philosophical movement that emerged in the late 18th and early 19th centuries. His enormous influence surpassed the borders of philosophy effecting other sciences as well. It was due to his time in Berlin that Hegel’s popularity and impact remained so strongly. The University of Berlin was a scientific center of the time and was dominated by the Hegelians for decades after his death. He died at the end of 1831, during a cholera epidemic in Berlin. The Hegelplatz in Mitte was named in his honor. 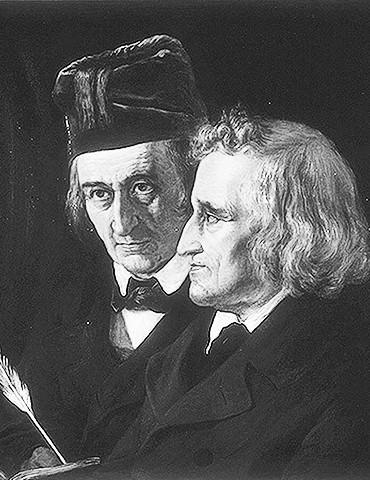 This two brothers are among the most famous storytellers of all times. They dedicated their whole lifes into collecting German folk tales, gathering more than 200 stories in their precious collection. Thank to the Grimm many of these stories – once known and told only from mouth to mouth – were not only recorded, but popularized all around the world, being translated into more than 100 different languages. Some of them, like Snow White and the Seven Dwarfs and Sleeping Beauty, were later adapted by filmmakers such as Lotte Reiniger and Walt Disney. The brothers spent their last years in Berlin dedicating their time and work to the German Dictionary. The Jacob-und-Wilhelm-Grimm-Zentrum in central Berlim was named after them. As their stories, this library is one of the most popular among students of Berlin. 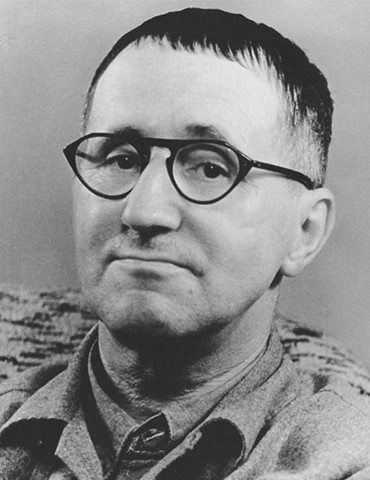 Founder of the Epic theatre Bertolt Brecht is consider one of the most influential German playwright of the 20th century. Strongly influenced by marxism, his work sought to clarify the social issues of its time. His biggest success The Threepenny Opera (Die Dreigroschenoper), written together with musician Kurt Weul, is a socialist critique of the capitalist world. Brecht suffered nazi persecution and left in exile first to Switzerland and later to United States. In 1949, with the support of the East German government, Bertolt Brecht founded the theater company Berliner Ensemble, which mainly assembled his plays. Brecht died in East Berlin of a heart attack. The Berliner Ensemble is currently under the administration of Claus Peymann, who – like Brecht – is committed to produce political theatre for the public. 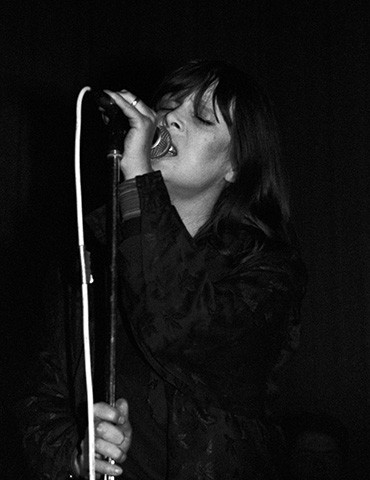 Nico got her first jobs as model in Berlin, while working as a saleswoman of lingerie in the exclusive department store KaDeWe – until today one of city’s fashion symbols. But it was in the United States as an actress and singer that she became famous. Besides small but important film roles – such as in La Dolce Vita of Federico Fellini – she was Andy Warhol’s super start in the big hit Chelsea Girls. As singer, her deep-dark voice was mostly heard in the Velvet Underground. Her dependence on drugs led to the decline of her career. Nico died during hollidays in Ibiza after a heart attack while a bicicle ride. She was buried in a beautiful cemetery in the Grünewald forest in Berlin, next to her mom. 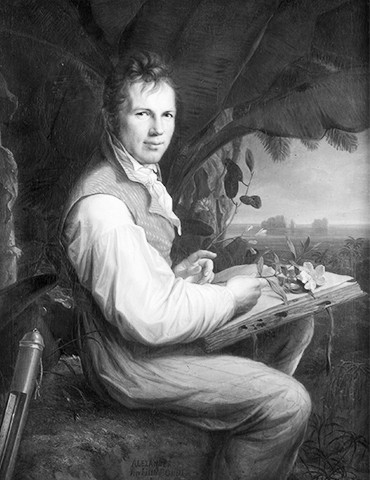 One of the most famous and inspiring men of his time Humboldt brought important contributions to philosophy and science, especially in relation to geography. Considered one of the greatest travelers in history, he spent years on expeditions in Latin America, meticulously documenting his observations and discoveries, which served as a reference for many important names in science, like Charles Darwin. He was one of the first to suggest that South America and Africa were once joined. He lived many years in Berlin, where he gave lectures and worked on his last big publication, Kosmos. He died in his house in Oranienburger Strasse. The legend says that his last words were “How glorious these sunbeams are! They seem to call Earth to the Heavens!”. 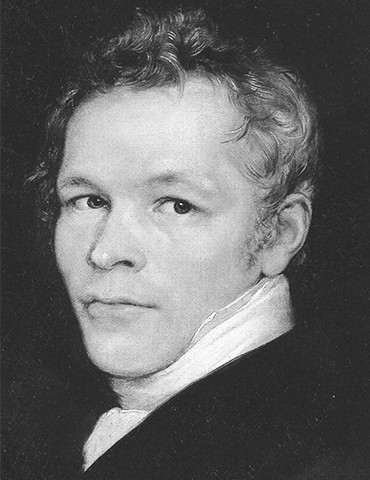 Considered one of the greatest architectures of the German history Schinkel’s most acclaimed and outstanding buildings are to be seen in Berlin. As supervisor of Prussian Building Commission Schinkel was liable to transform the at-that-time-not-so-dazzling style of Berlin into the great capital of Prussia – which he did with major talent. These constructions are part of the architectural style of the city and should be appreciated by any visitor in town.  Just to name a few: Neue Wache, National Monument for the Liberation Wars, the Schauspielhaus, and the Altes Museum. The Johanniskirche is only a few meters from Amstel House and belongs to the four Schinkelian suburban churches.

Chancellor of the Federal Republic of Germany (West Germany) from 1969 to 1974 Willy Brandt won the Nobel Peace Prize for his efforts to build collaborations in Western Europe and to try reconciliation with countries of the Eastern Europe during the Cold War. He was considered a controversial figured: on the one hand viewed with distrust by the right wing due to his Ostpolitik; on the other not well seen by the leftists because of his support to American politics, such as the Vietnam War. He resigned as chancellor in 1974 after West German authorities discovered that Guillaume Affair, one of Brandt’s closest assistant, was working as a spy agent of the Stasi, the East German Secret Service. One of his most famous phrases was said when the Berlin Wall fell. “Now what belongs together will grow together”. The Willy Brandt Forum in Unter den Linden exhibit photos, documents and facts abou his life. 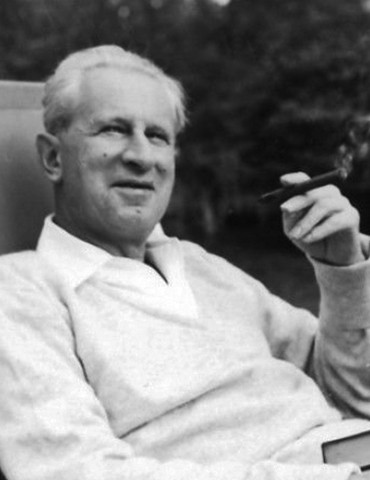 Born and buried in Berlin Marcuse was a very influential thinker of the Frankfurt School and one of the most inspiring intellectual leaders of the 1960s. An enthusiastic fighter for freedom and human emancipation, against any kind of oppression and domination, he served as motivation for hippie ideals, anti-war college-campus protest and the group of Paris 68. He was also celebrated as the father of the New Left, a political movement that pursed major reforms on issues such as civil rights, gay rights, abortion, gender roles and drugs.