In the first weekend of June over 70 ateliers and exhibition places in Moabit will open their doors to present the work of more than 100 artists, expressing their thoughts and ideas on a theme as old as humanity, but again especially current: Flight and Identity. 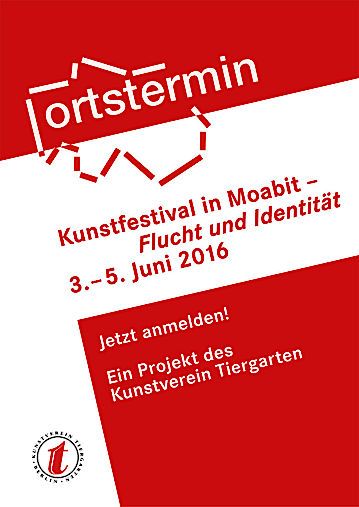 The theme has a special meaning in our area. Moabit is home for LaGeSo – Central Service Facility for asylum seekers in Berlin –, a place that saw its most hectic days last year with the peak of the refugee crisis. Concerning the closure of the Balkan routes, the decision of the European countries to close their borders and the dangerous growth of right-wing political forces, the local art festival Ortstermin raises questions such as: How do artists deal with the refugee crises? How do they react to issues such as exclusion, right-ring populism and xenophobia? How do they relate to the solidarity and integration of refugees in our society? 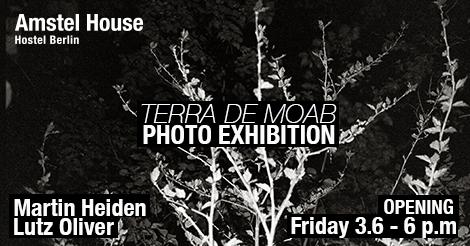 Part of this great Festival the Amstel House has once again the pleasure to host a photo exhibition in our Black Cube Mobile Gallery, specially placed in the lobby for art events such as Ortstermin. This year’s exhibition Terre de Moab presents two series of different photographic perspectives through the eyes of our staff members and artists Martin Heiden and Lutz Oliver. With a look over the history of Moabit – a district that arouse with the German Industrial Revolution, attracting at the end of the 19th century hundreds of thousands migrants from all around -, the current migration flows problematic will be represented not as a foreign issue, but as essential part of our history, and even as the origin of Moabit as neighborhood.

Martin Heiden studies at the Ostkreuzschule for Photography. He has been part of all the exhibitions held at the Amstel House since the first editions in 2013. Some of his pictures can be seen in our Moabit Art Gallery. He’s been working at the Amstel House for over 4 years as a kind night-nightshifter.

Although super young Lutz Oliver began photographing when digital cameras did not exist yet. A self-taught photographer, his work is the hybrid result of analog with digital technology. Working at the Amstel Reception since the second half of 2015 we are happy to present his pictures for the first time in our Black Cube Mobile Gallery. 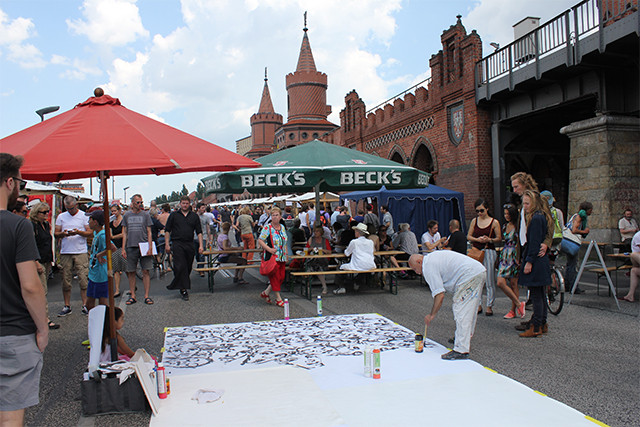