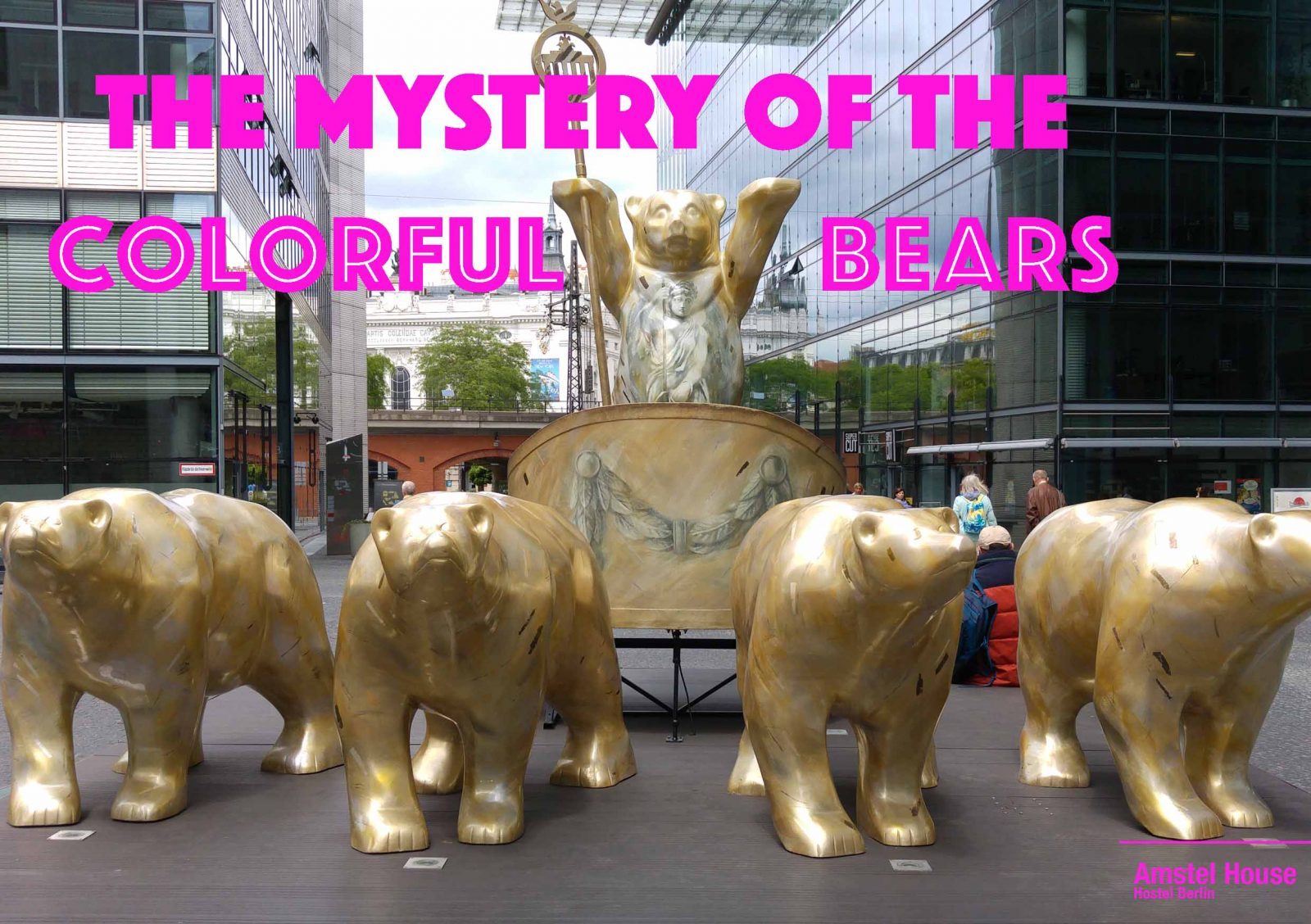 Now that we’ve solved the mystery of the Berlin pink pipes, we’re hungry for more Berlin mysteries. So let’s solve that other question we get so often; why are there so many colorful bears in Berlin streets?

It all started with an art event back in 2001 called Buddy Bears Berlin Show. Inspired by several other street art parade projects in other big cities like New York, Zürich and Chicago, Berliners Klaus and Eva Herlitz thought it was about time to honor the Berlin mascotte since 1280, the Berlin bear. The bear symbol had been a long time favourite of Berliners and visitors after all.

So two students of the Berlin University of the Arts created the very first Buddy Bear siblings. Creatives loved the project and soon other artists designed their Buddy Bear. The Buddy Bear family grew and grew and the first 100 colorful 2 meter high bears were ready for their public appearance. A true Berlin street art icon was born and 250 more bears were to follow. 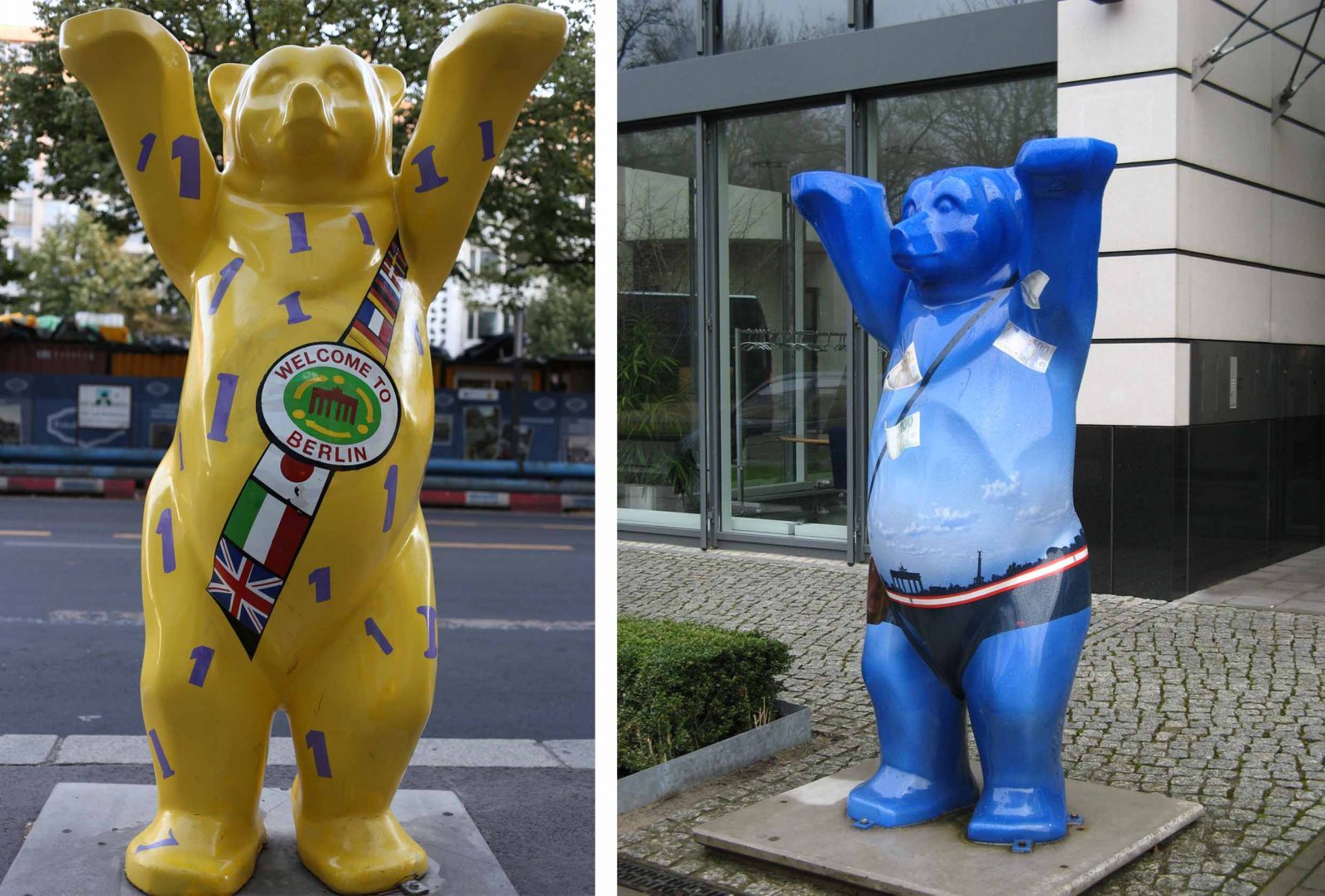 Nowadays, plenty of colorful Buddy Bears can be found in the streets of Berlin but they also love to travel to art lovers, homes of collectors and tour to cities all over the world. A lot of bears have found a new home while their proceeds went to charities supporting kids in need. They raised over 2.3 million euros for UNICEF and other children charities. 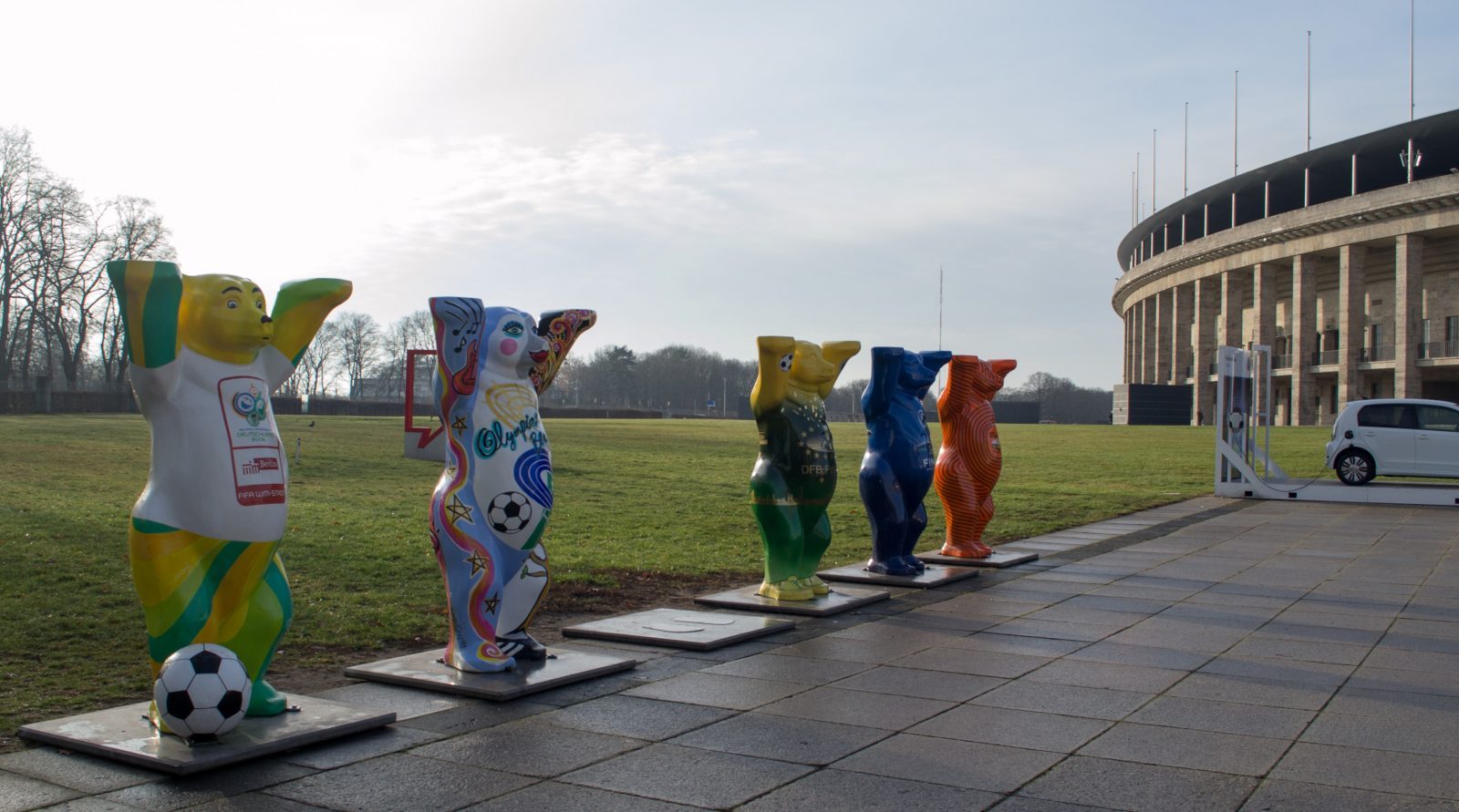 And the idea behind the bears with raised arms? They are a symbol for welcoming visitors and Berliners with open arms. It portrays optimism and friendliness. Unlike some who think they are bears who are partying… But they sure make you smile!

So try to find as many colourful bears in Berlin on your next visit. Here’s a handy map you can use to track and trace all the Buddy Bears in Berlin! 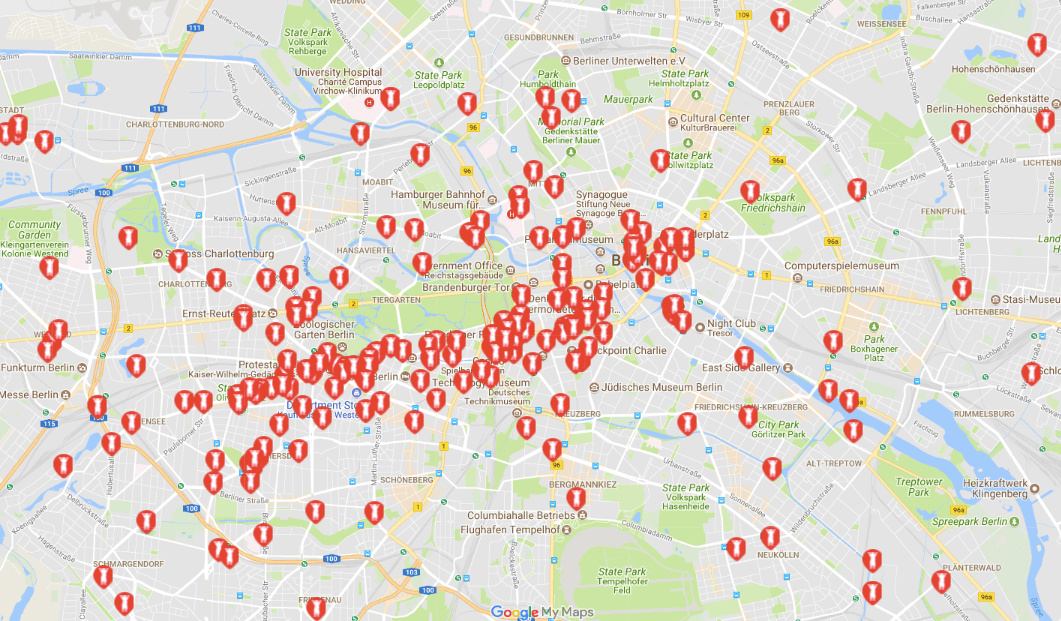 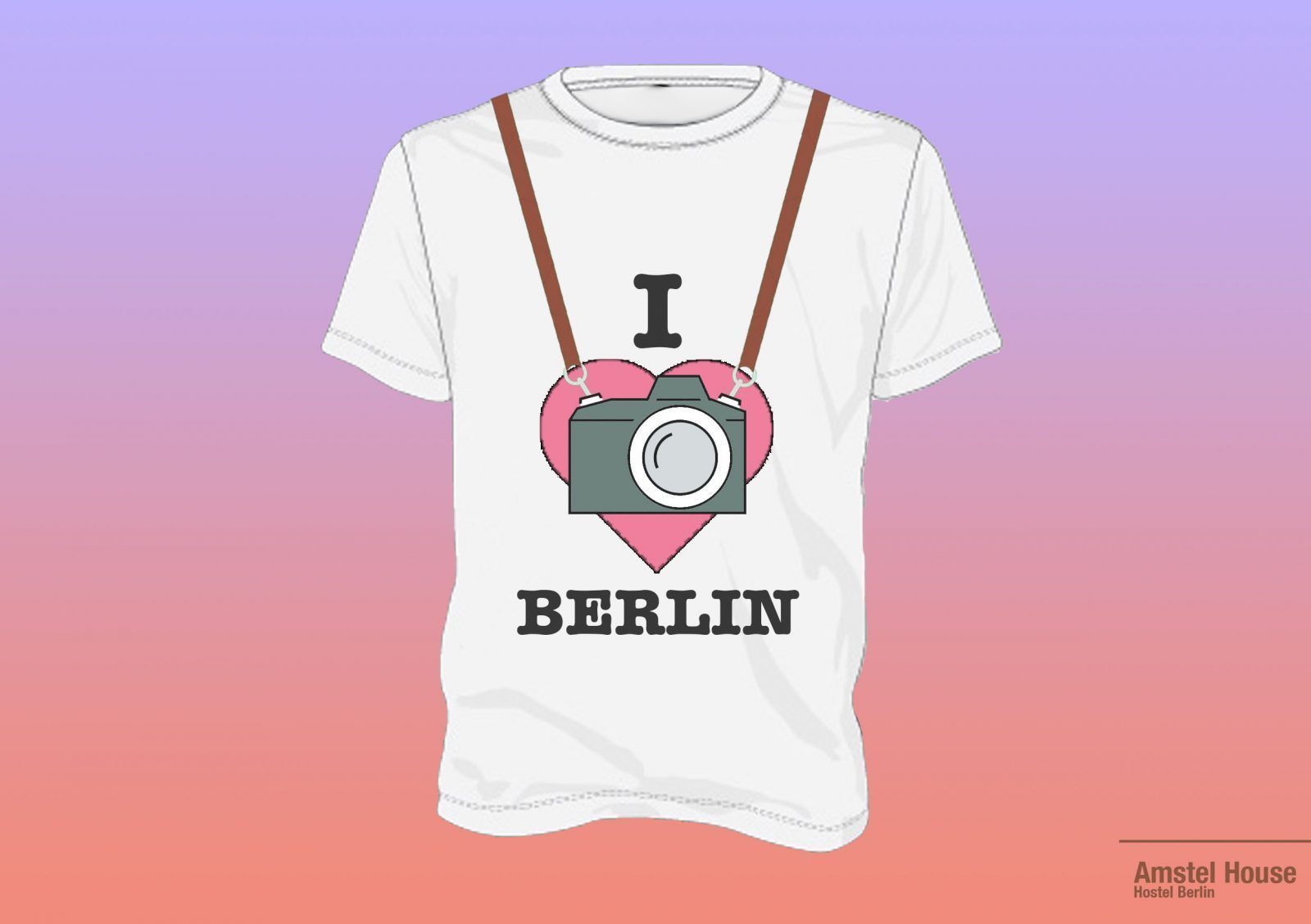