It is quite a history. So we thought we would invite you for a little trip down the memory lane and let you check-in into Amstel some hundred years ago.

A city’s historical monument, constructed in 1913 to host young single men, the building became an important part of the growing Moabit neighborhood. Its original name was Haus Wichern, due the theologian and missionary Johann Hinrich Wichern, famous for his social commitment and work. The official opening, however, happened one year later in honor to the 25th anniversary of William II’s reign. The commemorative plate can still be seen in our backyard. Designed by architect Otto Kohtz and coordinated by Emil Schütze, the project was considered really modern for its time. The benefits of light against the then common illnesses had just been discovered. Therefore the large windows of the lobby, which allow a wide input of light. Under the roof, at the last of five floors, there were baths, showers, a swimming pool and a roof garden, all quite unusual in the beginning of the last century. The most impressive, however, was the facade, which remains exactly the same until the present days.  Made by sculptor Georges Morin in Art Nouveau style, it recalls the Lüftlmalerei, an upper-Bavaria art form of mural paintings. The figures of the first floor represent the typical crafts of the Schlafgänger, a characteristic group of local workers of Bavaria that during the time of industrialization would pay a small fee to rent a bed for a few hours. 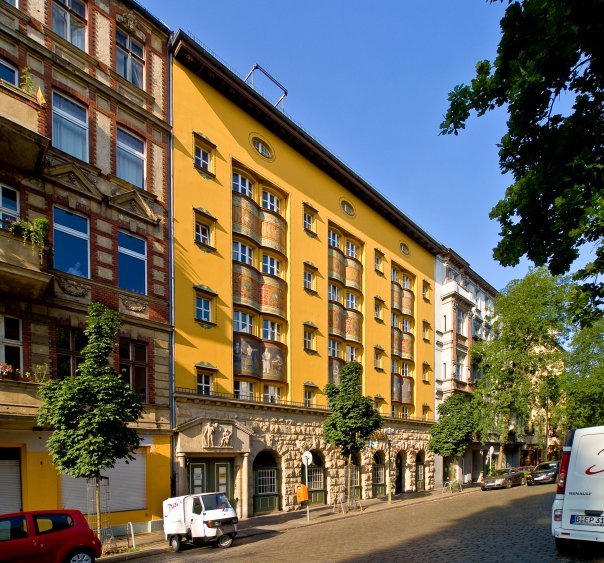 Hundred years have passed and although the history had completely changed the symbols in our bright yellow unique façade do not let us forget the origins. Since 2005 as Amstel House Hostel, backpackers and families from all around the world are daily hosted here for an affordable price. We particularly consider a luck having such a special building as our house and a great privilege to be able to offer such thing to our guests. We wish you a historical experience from the moment you wake up until you go back to bed.

To learn more on the history of the entire Moabit neighborhood and taste all its flavors, make sure to mark the 15the June 2013 in your travel itinerary! 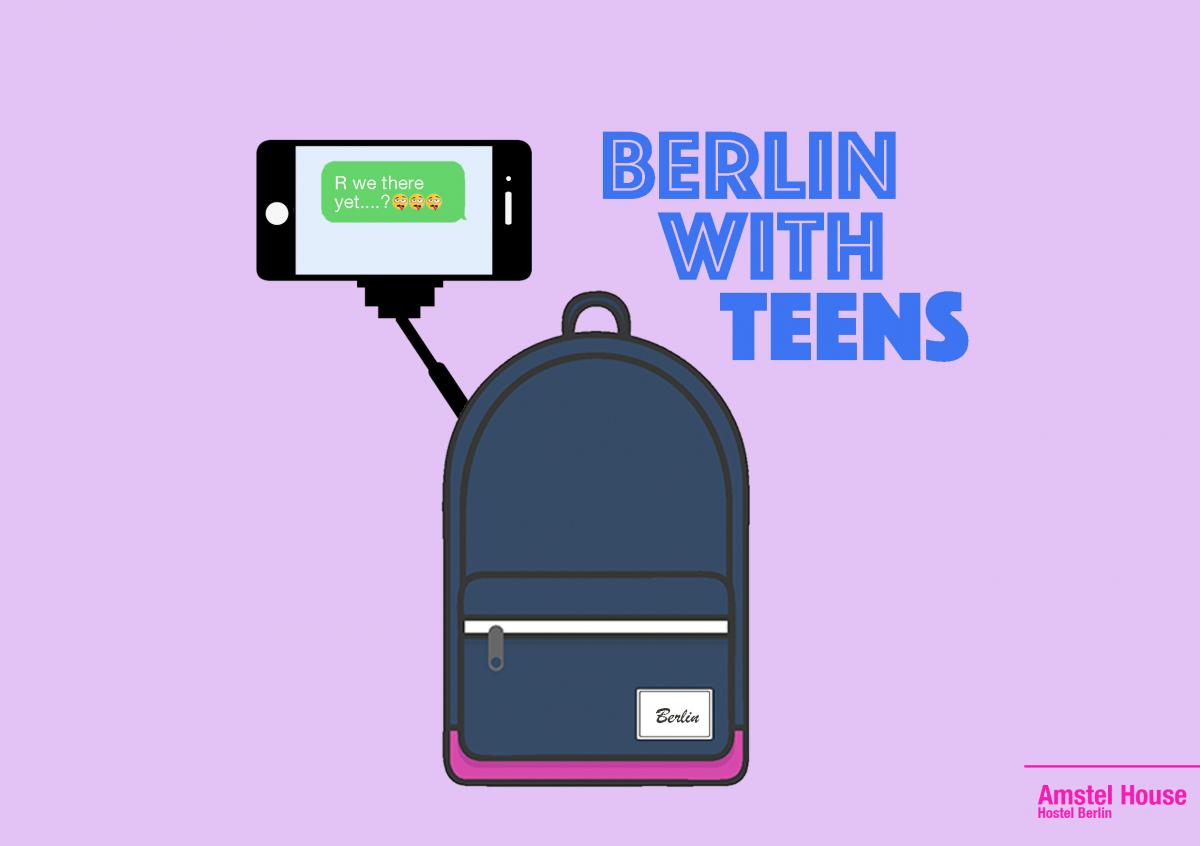 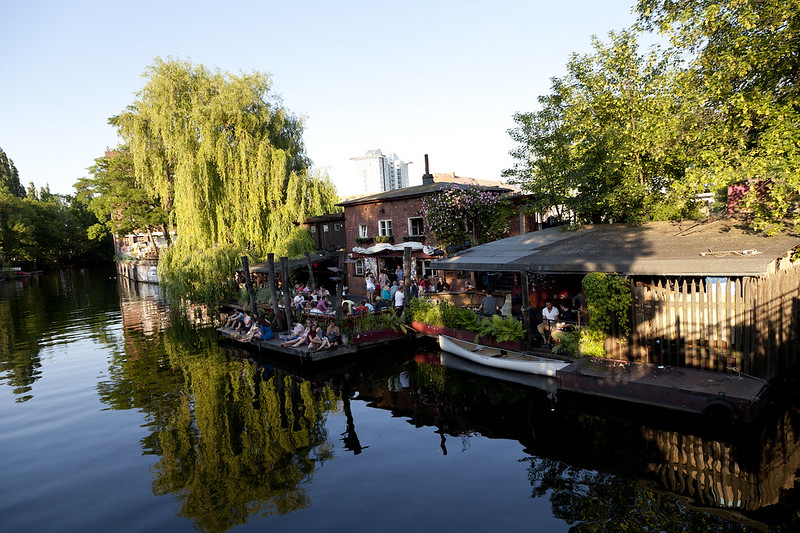