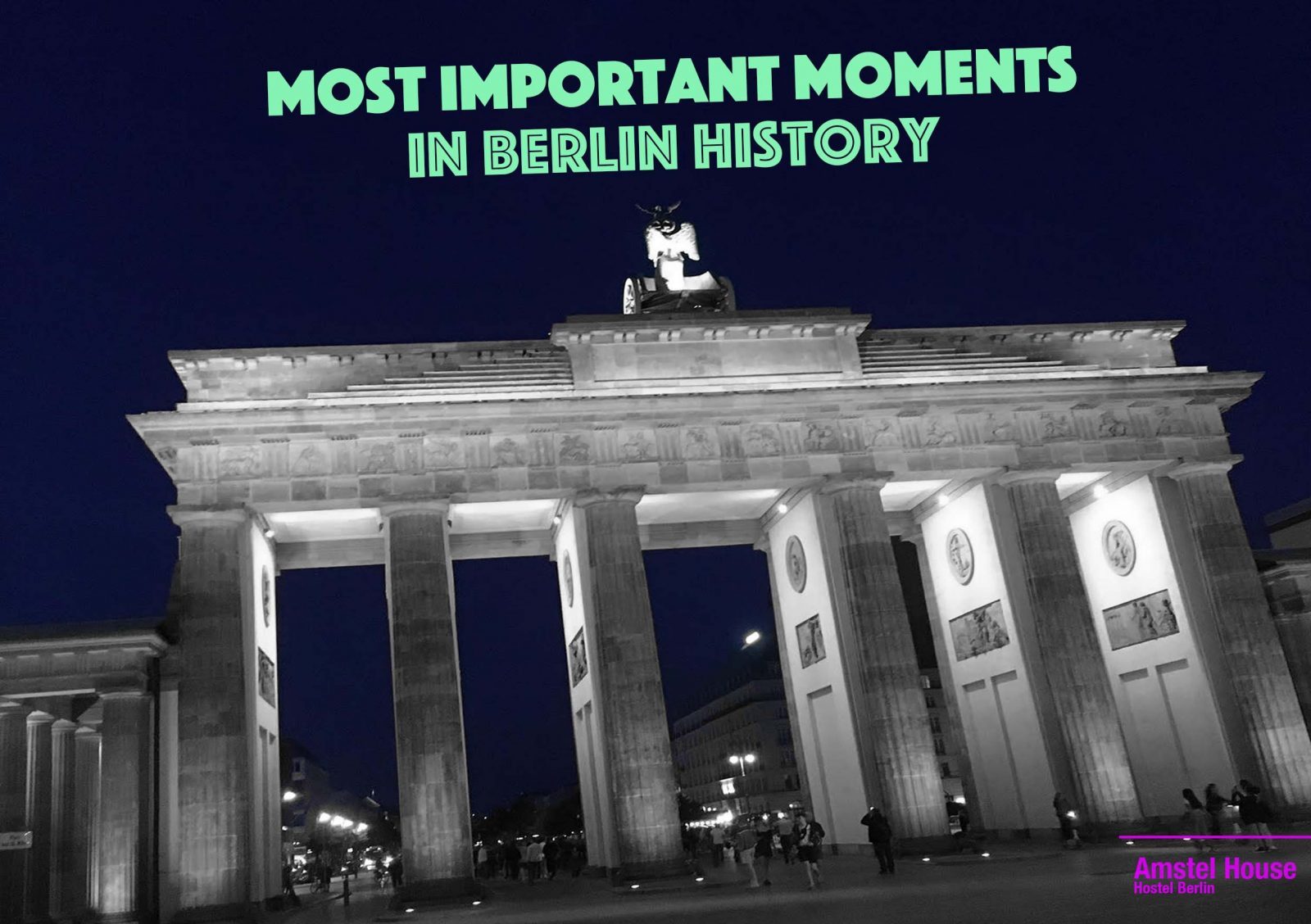 Berlin has been the epic centre of many important events in history. From trade hub to capital of Prussia to royal reign to world wars to the divide between East and West to modern cultural hub. And after Brexit, Berlin will be the largest city in the EU. But what defined German’s capital? What were the most important moments in Berlin History? Let’s find out!

The first important moment in Berlin History is off course its foundation. It was founded in 1237. It later merged with neighbouring Cölln. Berlin-Cölln formerly merged in 1432.  If you ever visited Berlin, you will have noticed the affection for bears. Some folk tales say Berlin got its name from Albrecht der Bär, the German word for bear. He was the founder of Magraviate of Brandenburg.

Berlin built its most famous street as a connection from the Palace to Tiergarten. The majestic lane with 6 rows of Linden Trees – Unter den Linden – has been of huge importance ever since.

With the (self) crowning of Frederick I to King of Prussia in 1701, Berlin became capital of mighty Prussia. Before then, the city of Königsberg had that honour. Shortly after, he ordered the building of a famous castle for his beloved wife Queen Sophia Charlotte, Charlottenburg. Frederick’s successor, Frederick II, ordered the building of the famous Brandenburger Gate to celebrate victories of the Prussian army. The Brandenburger Gate itself has since then been an important Berlin symbol for triumph and defeat. Nowadays it symbolizes peace and unity of all Berliners after the reunion of East and West.

After a quick victory over France, Otto von Bismarck founded the German Empire in 1871 with Berlin as its capital. Prusia became the most influential state in the German Empire and Germany the center of European politics. Wilhelm I became emperor and Bismarck became chancellor. Economy, military and population all grew substantially.

A short and easy victory was what the Germans had in mind. But the invasion of Belgium failed and the French were much stronger than expected in Paris. The war had not been prepared well and cost a total of 40 million lives, making it amongst the deadliest conflicts in human history.

After the First World War, monarchy and aristocracy were both overthrown and the Republic of Weimar was founded in Berlin. The rouring 20s were certainly true for Berlin, a vibrant metropol of 4 million by then. Theater, dance, party scene and experimental cinematography; Berlin had it all.

The National Socialists take over in 1933 and start the Third Reich. They used the Olympics in Berlin in 1936 for worldwide propaganda and plans for a large German empire were made.

Berlin is an important place to commemorate the Second World War. The city endured many bombings and in April 1945 the Sovjets reached Berlin. They conquered the city street by street. Tens of thousands soldiers and Berliners were killed in the fights and bombings. On 30 April 1945 Hitler killed himself in his bunker in Berlin. A few days later Germany surrendered to the allied forces.

After the Second World War, during the Potsdam Conference, the Allied forces divided Berlin and the rest of Germany into 4 parts; a French, a British, an American and a Russian part. And so Berlin became the dedicated centre of the Cold War. In 1949 the French, British and America parts joined and founded the Bundes Republic (BRD) in West Germany with a capitalist government in Bonn. Fun fact; the curry wurst was invented in this year. The Soviets founded the German Democratic Republic (DDR) with a communist government in East Berlin. As more and more people moved to West Berlin, the Soviets created a fence in 1961 that would later be the Berlin Wall. From then on, only people from West Berlin could visit East Berlin for a short period.  Check Point Charlie was one famous entry point.

On November 9th 1989 the discontent of the East Berliners was at his height and the great Berlin Wall came down. East and West were officially reunited on October 3rd 1990. And so Berlin became once again the capital of Germany.

Any questions or tips for the most important moments in Berlin History? Drop us an e-mail or tell our friendly staff during your stay at the best budget accommodation in Berlin. We’d love to hear from you and elaborate on the rich history of Berlin. 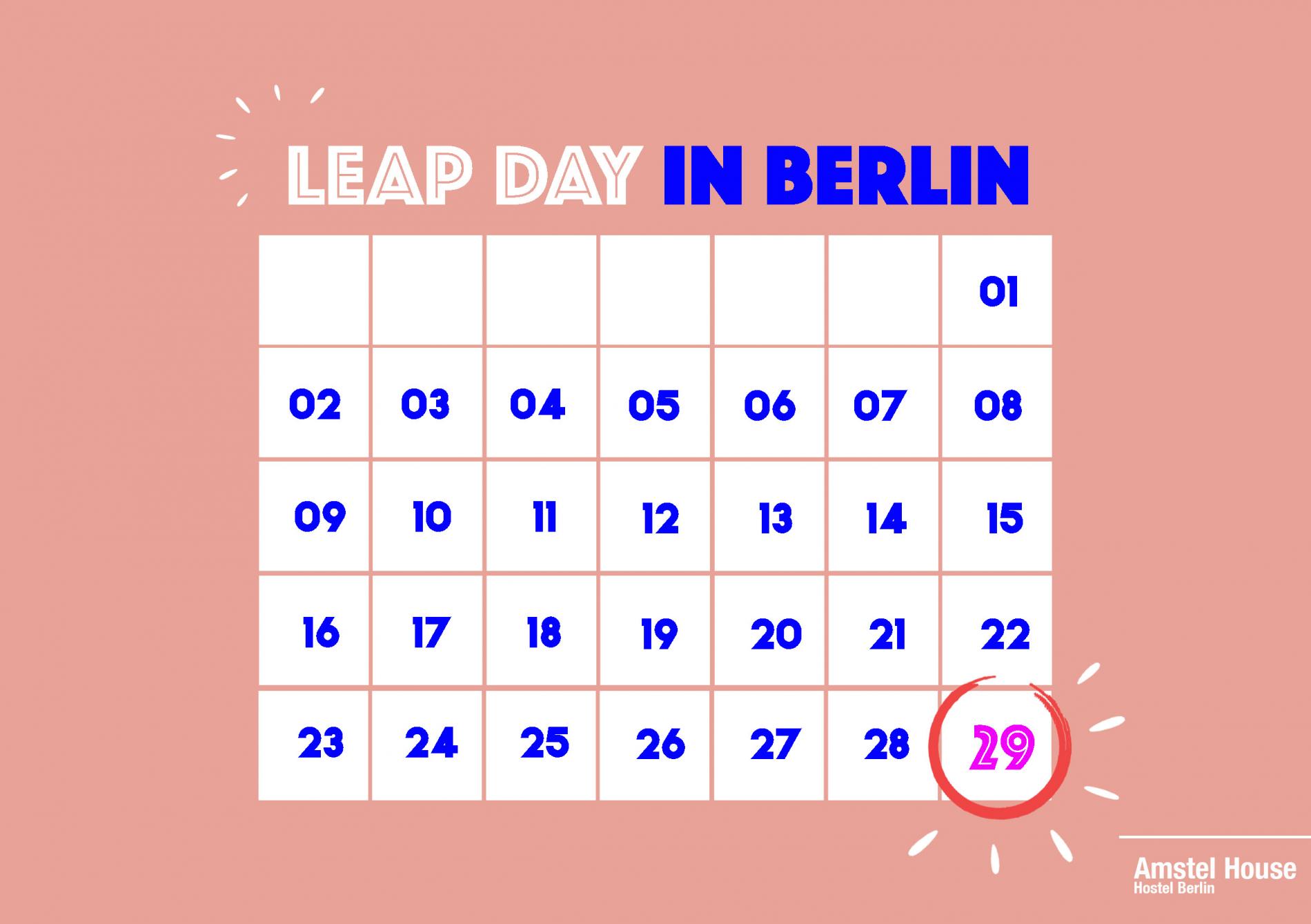 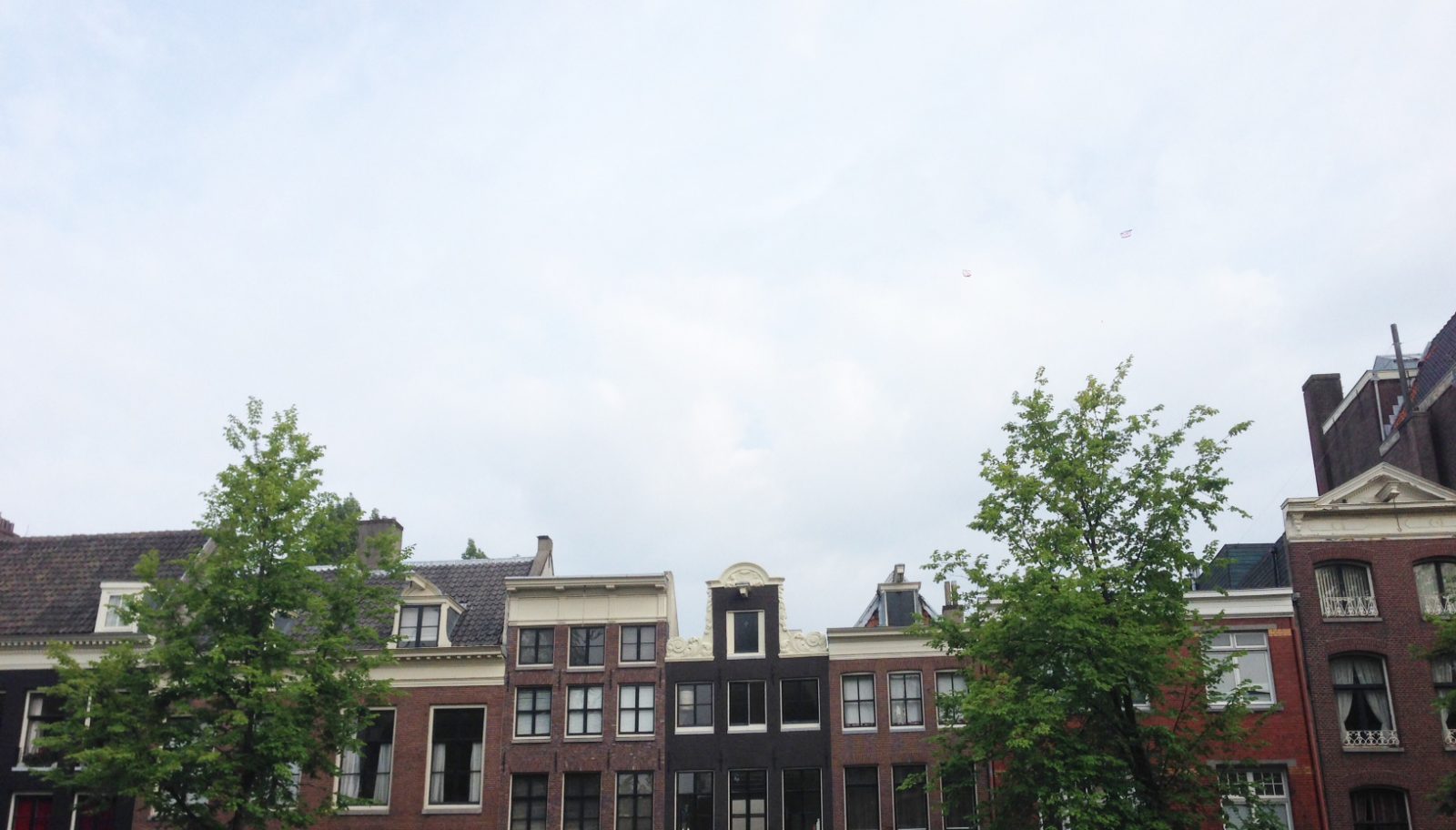