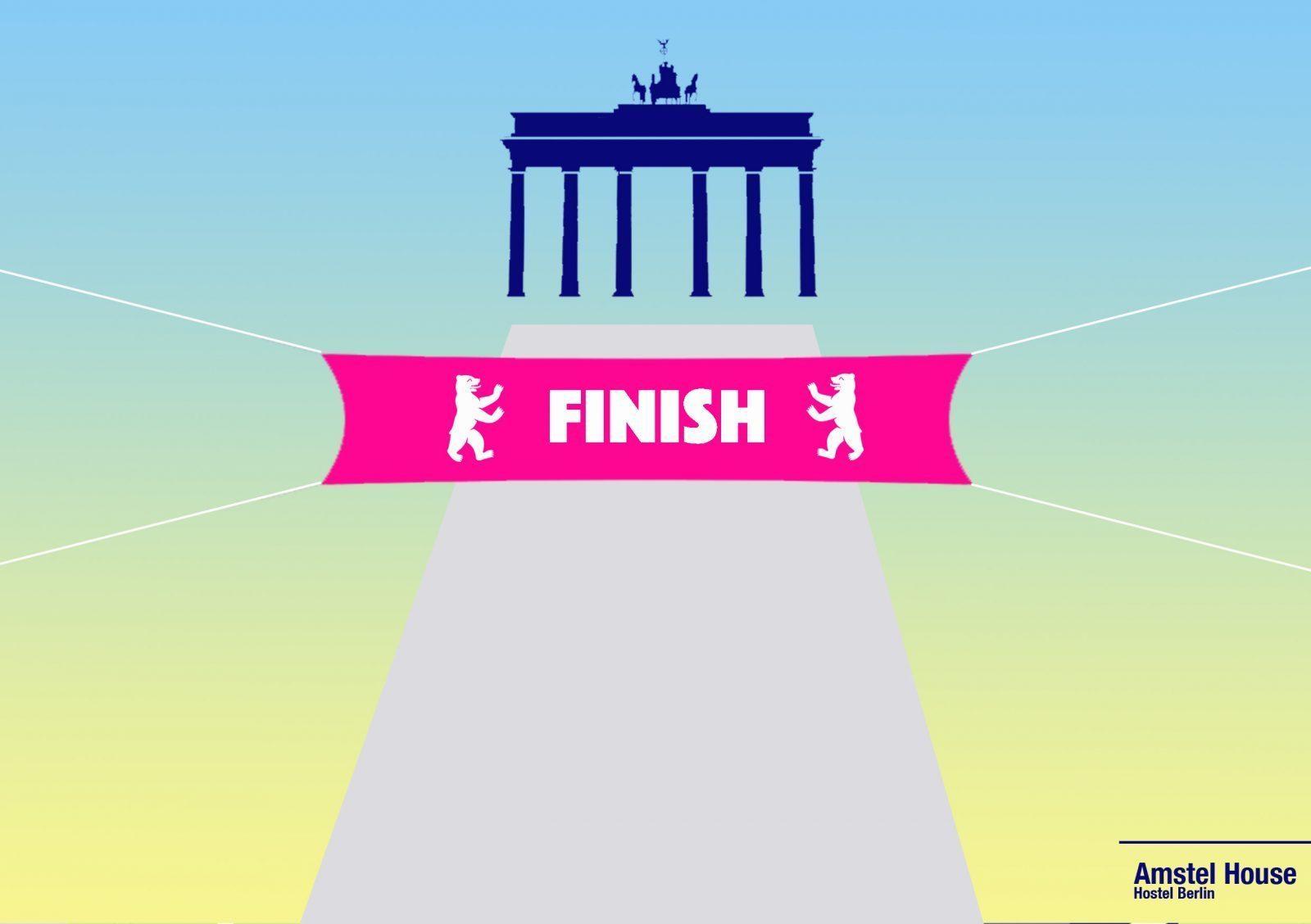 Some of us never make it from couch to 5K, others are bitten by the running bug as soon as they cross their first finish line.  For the latter, Berlin is a runner’s oasis. Every year in Spring and in September, the Berlin (Half) Marathon attracts running fans from all over the world. If the ‘42 and a bit’ kilometers are too much for you, you can start with as little as 5k or even rollerblade the 10k. At the Amstel House Hostel Berlin, we see more and more people leaving the hostel for a healthy morning jog in our lush neighbourhood so we thought we’d share some of our best tips for running in Berlin.

Best running locations in Berlin
The most beautiful jogging locations for running in Berlin according to running fans at the Amstel House are:

– Tiergarten (Mitte): Close to the Amstel House and a hot spot for runners in Mitte. There are many tracks. Pass beautiful sights like Bellevue Palace or the ‘Band des Bundes’.
– Sightseeing Berlin run: a popular 12k sightseeing run that starts at Alexanderplatz, passes the Museuminsel, the Berlin Opera, to Checkpoint Charlie, Potsdamer Platz, Brandenburger Gate and Reichstag and then onto the University of Berlin and Unter Den Linden.
– Tempelhof Park: the former airport offers plenty of space for runners . A whole round is about 6k.
– Stralauer Park Peninsula: Start at Ostkreuz and run along the water past Treptower Par for 10k
– Volkspark Friedrichshain: A whole workout; running up and down Bunkerberg and use the fitness trail in the oldest park of Berlin (150 years old).
– Charlottenburg Palace: Go for a royal 4k jog past this beautiful palace! You’ll pass the mausoleum, the Rococo Pavilion and the Tea House.

‘Plug in’ Jogging Routes in Berlin
You can download the routes we suggested and many others via one of these handy links and apps that make running in Berlin a walk in the park:

Music for running in Berlin
Nothing gets you ‘in the mood’ for a great run around Berlin like some energizing tunes blowing through your headphones. Tune into Spotify, create your own running list or pick your favourite running list. We especially like the NIKE Run Club tracks. Oh and don’t forget to make the list available offline so you don’t need wifi or 4G on the go.

Meet other runners in Berlin
The Berlin Social Runners make running more social and meet up regularly to work out together in Tiergarten and other jogging hot spots our lovely capital. Check their website and facebook page for the latest details.